After nearly two decades of net losses and poor growth – from 1997 to 2015 – last year, Levi’s did the impossible:

“Revenue hit a sales record of $4.9 billion in two decades and our direct-to-consumer business grew double digits in 2017.”

That was Levi Strauss CEO, Chip Bergh, in a letter to shareholders from their 2017 Annual Report. Technically, Levi Strauss’s income had moved into the black as of 1997, when the demand for its jeans on the decline, the company closed 11 plants in four states and laid off nearly 6,400 employees in an effort to cut $80 million in costs.

“2017 was a turning point for the business, with the highest annual revenue growth rate that Levi’s has delivered in a decade. We recorded a 20% surge in net income to $116 million in the fourth quarter only, thanks to the opening of 53 directly-operated stores throughout the year and 13 per cent growth in the Asian market.”

The question is…what made a top-of-the-mountain denim brand end up in 40% net losses?

Even more to the point, what can your business learn from Levi’s resurrection?

The Rise and Fall of Levi’s

May 20, 1873 marked a historic day: Levi Strauss created the first pair of blue jeans in the world.

Over the decades, the Levi’s jeans soon adopted by Hollywood stars and public figures, made it a must-have high fashion item in the heart of million people at that time.

The Levi’s jeans can also be seen in the crowds throughout decades of activism in Europe. In a way it has itself become an iconoclast or a symbol of innovation.

Do you remember – what clothing do people associate with the fall of the Berlin Wall in 1989? That’s the popular scene which was all over televisions at that time: 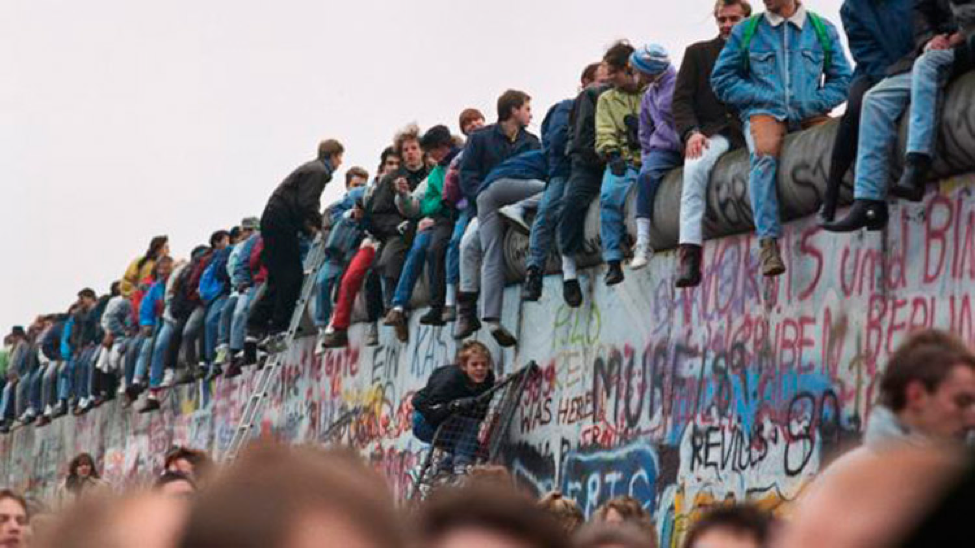 People with the traditional Levi’s 501 jeans.

That’s also the glory period when Levis Strauss Co. hit $7.1 billion in revenue in only one year.

After that, more and more young brands like Tommy Hilfiger, Calvin Klein and Gap entered the market. Attacked from all sides by a surge of competitors, Levi’s lost its market share to them in the casual pants classification. Sales went into freefall, plummeting by 40% over the next 8 years.

The Board of Director decided that only drastic action could save their company at that time. In 2011, they chose Charles V.” Chip” Bergh (aka Chip Bergh) to take the helm of the company to right the ship and regain a leadership position.

The transformation of the world’s oldest and biggest denim brand began.

That’s the secret strategy behind the Levi’s transformation runned by Chip Bergh.

Chip wasn’t a newcomer to the retail market, his experience with 28 years working at Procter & Gamble as Brand Manager made him the best leader ever in the Levi’s history. 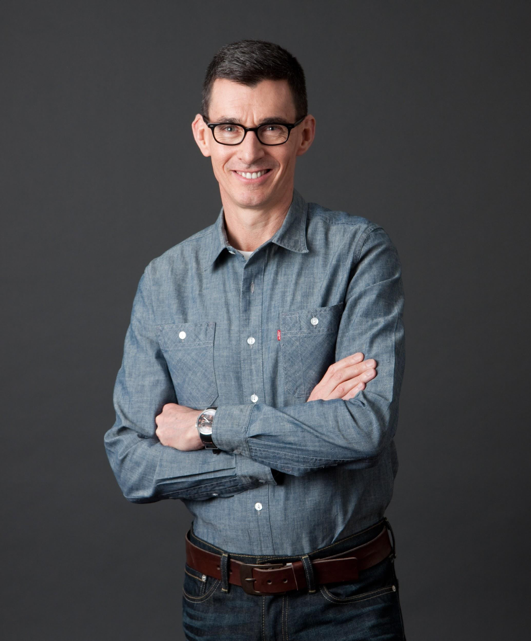 To put the strategy into practice, Chip wanted the company to act like a 160-year-old start-up.

“We’ve got scale, heritage, authenticity, awareness and global reach”, Chip said, “But if you’re a multi-billion dollar company that’s existed for over 100 years, you wish you had agility, focus, innovation and optimism of a start-up. That’s why the future will be better than the past”.

He made some drastic changes and restructured the whole company:

In the next part of this article, we’ll show you how exactly Chip and Levi’s did to bring back the glory days and what you can learn from their resurrection.

The secret sauce that helped Levi’s hit the sales record of $4.9 billion in one year

Levi’s has boosted brand exposure by getting the attention of celebrities.

That’s the golden chance to showcase the old Trucker Jacket with the new and modern design to the fashion lovers – Levi’s potential customers – all over the world. 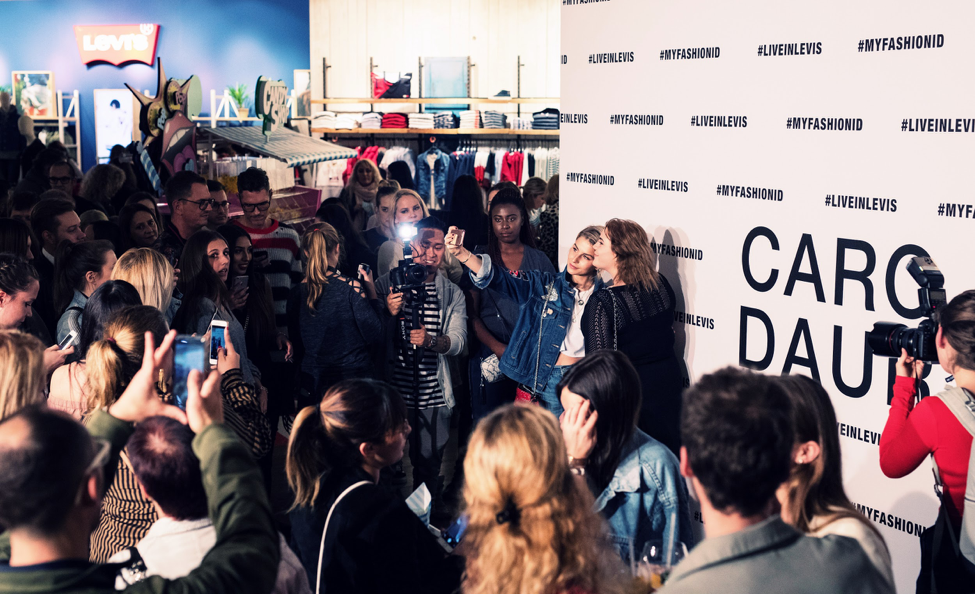 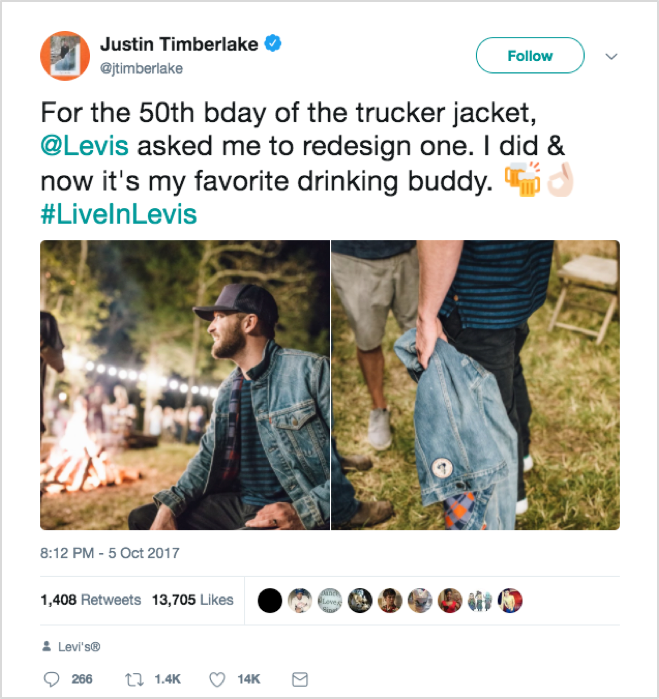 After the event, dozens of high-profile celebrities are captured wearing Levi’s outfits in magazines as well as in their daily life: 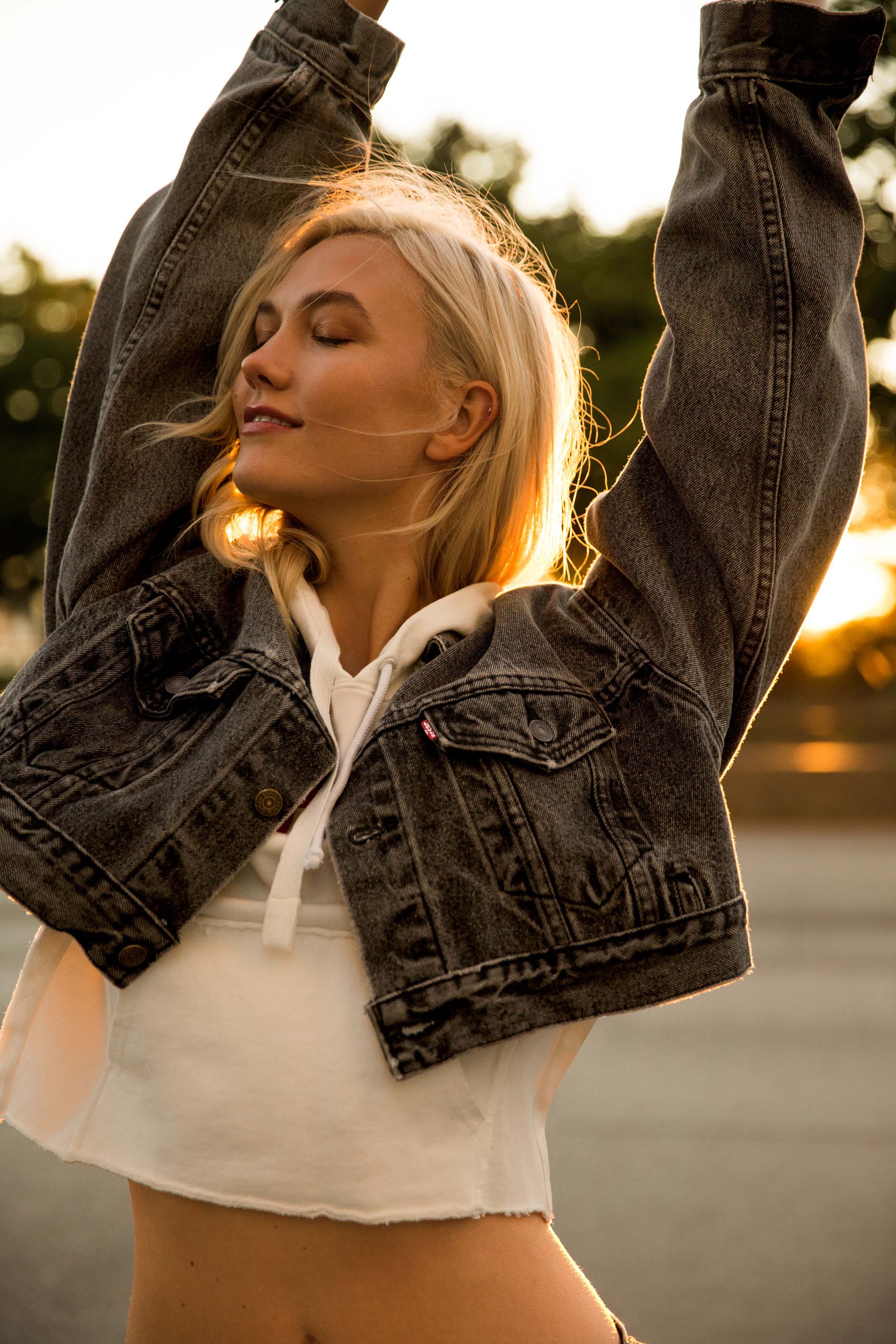 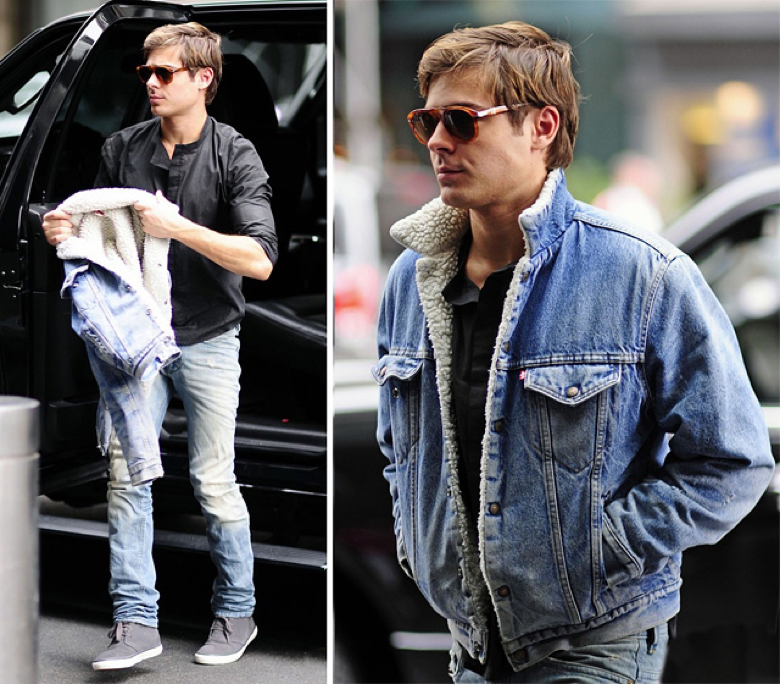 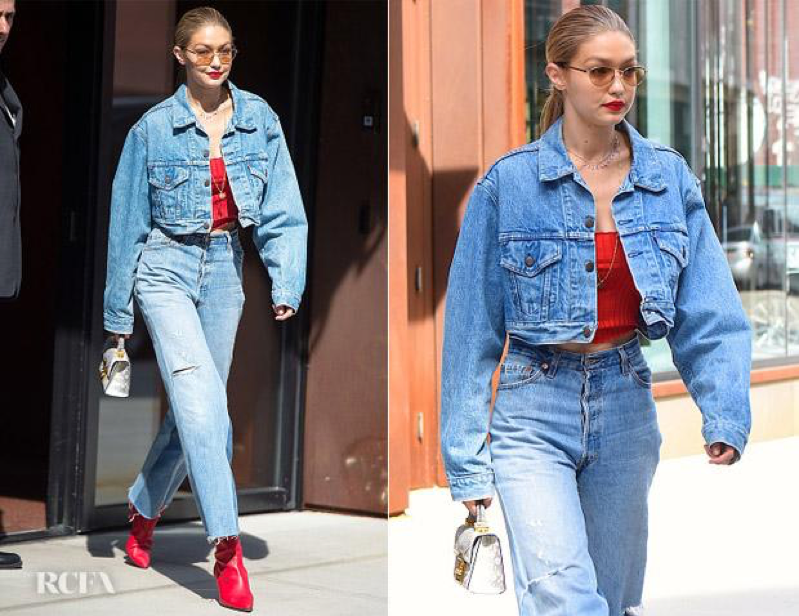 Wearing Levi’s outfits to everywhere, these influencers don’t need to make a hard sell, they just engage with their followers and indirectly drive customers to Levi’s.

Key takeaways and ideas for your brand:

Levi’s key influencer marketing tactics for getting collabs with major celebrities and brands are:

The eCommerce technology and digital investment have never been high priorities of this company in the past. But it’s the old story before Chip Bergh became the leader of Levis Strauss Co.

Knowing “one of the biggest barriers to buying apparel online, specifically denim, is fit”, Levi’s came up with a unique way to help consumers solve that problem.

In Sept 2017, they have launched a new online shopping feature on their website, and also available through their Facebook Messenger – The Levi’s Virtual Stylist –  to help customers find the perfect pair of jeans for their needs.

The Virtual Stylist acts in a similar way to that a real human stylist would help a customer in-store. Instead of a customer having to guess which pair of jeans might fit their body type, Levi’s chatbot helps them find the perfect item by asking key questions: “Do you like stretch or no stretch?” or “How would you like your jeans to fit through your hips and thighs?”, etc. 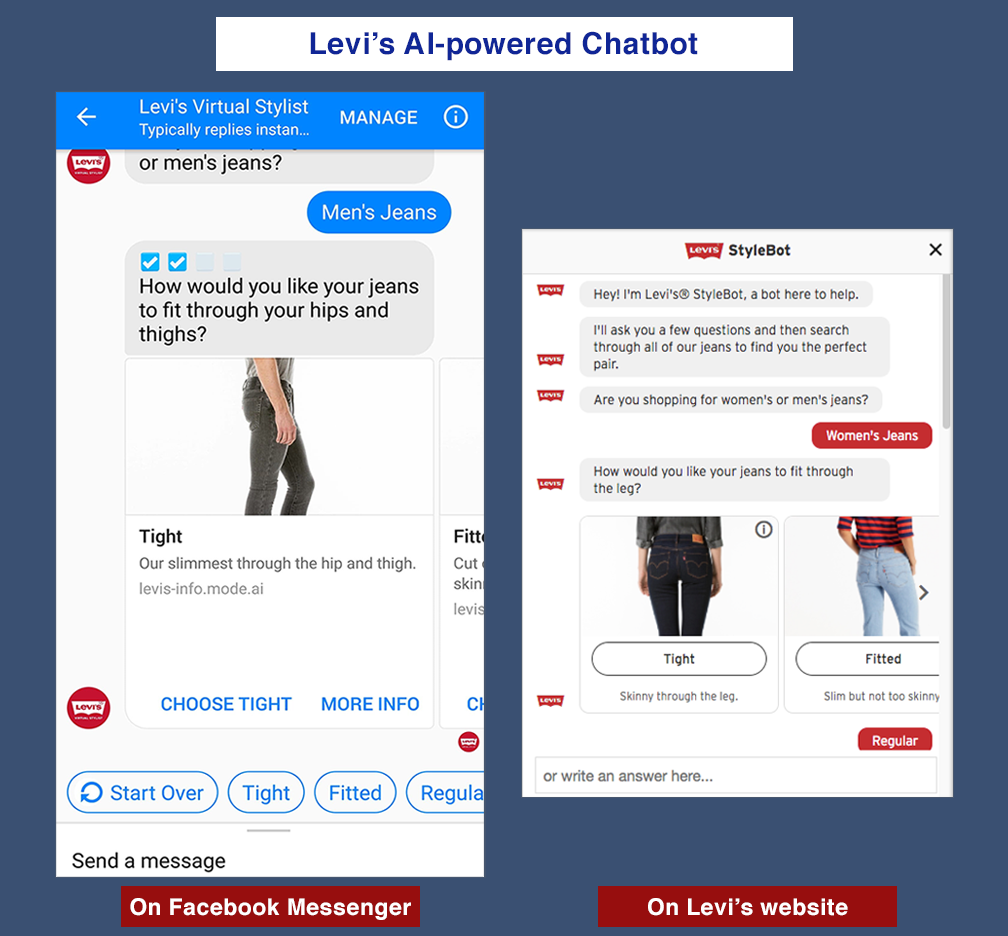 And a plus point, the bot understands the human language – meaning it analyzes text input to find out exactly what the customer is looking for.

For instance, you can type “Looking for blue men jeans”, it then did the research and recommend the right blue men jeans for you. Just like this: 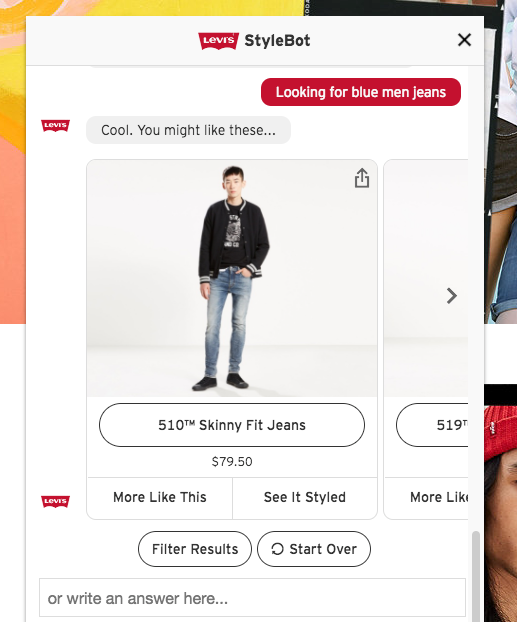 All of this effort aims to increase conversion rates and reduce product returns by providing styling and sizing recommendations for Levi’s customers.

This chatbot is one of the biggest changes in Levi’s eCommerce website that delivered significant impacts for this brand in 2017. Along with the eCommerce presence expansion in some new countries, Levi’s eCommerce business has grown more than 21% in 2017 on a global basis, appear to signify positive results for its chatbot implementation.

To do this for your business, ask yourself these 2 questions first:

Have your own answers? Great, now you’re ready to go!

Levi’s is truly the king of using meaningful viral campaigns to build brand-name awareness. The secret sauce here is: they take the sustainability factor into every campaign they run and make it the official core value for their brand.

One major way they did this was with their viral campaign called “Water Less”: 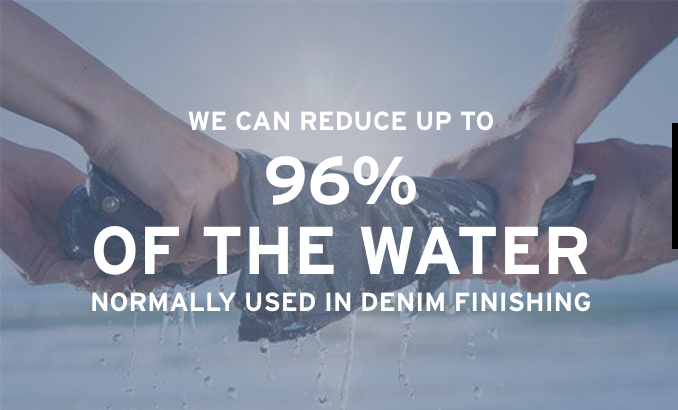 In this campaign, Levi’s reused water during production and created new finishes that required less water than traditional processes.

By this way, they saved more than…1 billion liters of water in the product manufacturing!

CEO Chip Bergh also joined hands in saving water by NOT washing his jeans in a year and suggested people should do the same. “We are the ultimate in sustainable apparel,” Chip said. “If you buy our jeans, they will last a lot longer than most people’s waistlines will. It takes less water, energy and of course, helps us save the environment.”

To take the campaign a step further, Levi’s partnered with a Non-profit Organization – Water.org – to developed a Facebook game named “Water Tank”.

By playing the Levi’s Water Tank game, users can complete a series of tasks to unlock water for Levi’s. When 200 million liters of waters unlocked, Levi’s would donate $250,000 for Water.org to help them solve the water crisis in the world.

For example: Liking the Levi’s Facebook Page unlocks 1,000 liters. Users can complete other tasks, such as tweeting about the game, answering questions,…to unlock more water for Levi’s. 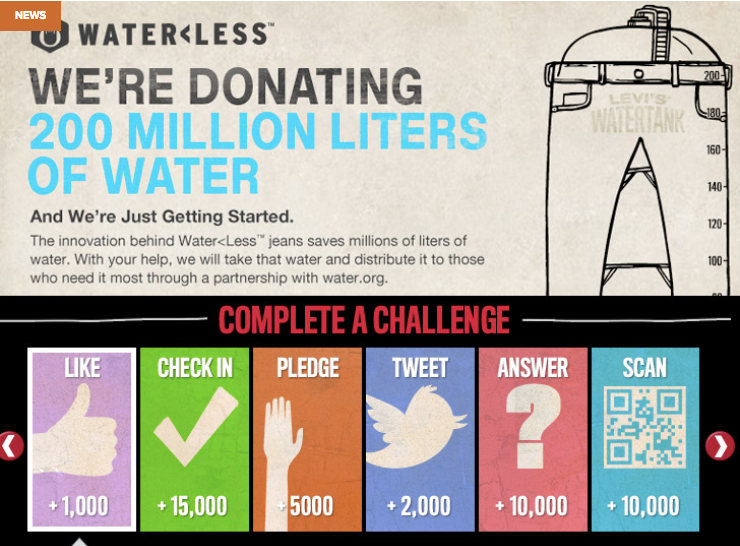 By generating a feed story for each challenge completed, Levi’s really leveraged each user and every action they take on the game to spread the word about them.

This probably explains why, in just about 3 weeks, there are more than 160,000 users interact with the game, the company’s 200 million-liter goal is also fully completed.

Identify a core value of your product and run your advertisement adjacent to it.

When you see that advertising campaign works, keep doing it. (Levi’s stays true to their brand identity and have been partnering with NGO’s since 2011.)

With a new sales record in the last 2 decades established, $4.9 billion dollars in a year, Levi’s opened the new era for its denim jeans and casual clothing lines in 2018. The success of their marketing strategies last year has inspired more and more innovative ideas to be created, helping them stay on top-of-the-mountain with the name: The oldest-and-biggest denim brand in the world.

And you, our dear friends, using this Levi’s growth story as your inspiration, you can make this year your best year ever, whatever your goal is. Who knows, maybe next year, your own business journey will inspire us to write another eCommerce success story like this. Cheers!