How To Use Pinterest For eCommerce : To Turn Small Businesses Into Thousands Of Dollar

Founded a little bit earlier than Instagram, both in 2010, Pinterest is another growing visual social platform. Together with the booming of global e-Commerce, Pinterest is following the path of most other major social networks such as facebook, twitter, instagram: to become a thriving e-Commerce social platform that can turn small businesses into millions of dollars.

Why Pinterest is the amazingly potential market for e-Commerce?

A recent report from Statista on Pinterest’s monthly US traffic based upon unique visitor numbers proves it to be the fastest independent site in history to break through the 10 million visitor mark. As of July 2015, Pinterest had 47.66 million unique visitors from the United States only.

In terms of order value, orders on Pinterest have the highest average value of $50. Shoppers on Pinterest spend significantly more than on any other major social platform.

Especially, according to Shopify, orders from Pinterest on mobile devices has increased by 140% in the last two years. 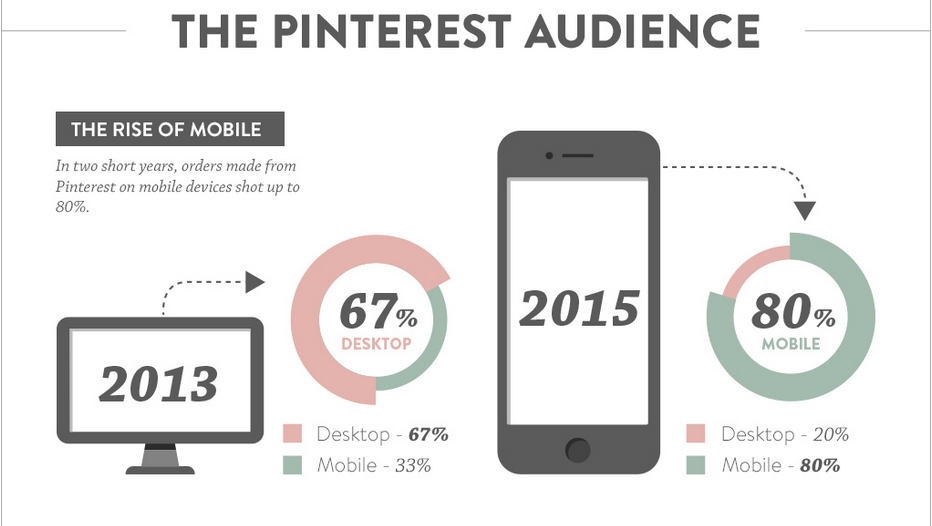 In the rising era of mobile phones, Pinterest has shown such a positive sign in driving enormous traffic and sales from this channel.

Creating pins on your own Pinterest board is not difficult, but having people to share your product images on their boards is critical to boosting your traffic from referrals.

Make it available, easy and rewarding for customers to pin your products to their board right on your website. Offering shoppers a small discount or points if they pin a product can not only encourage natural pins but also increase your conversion rates. 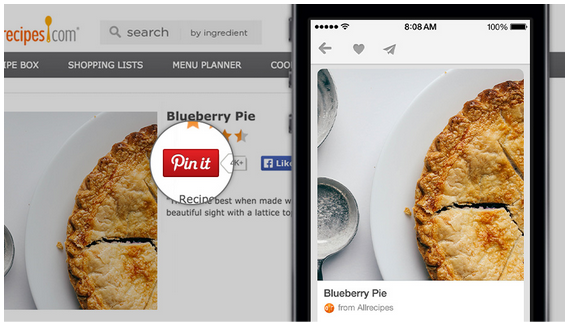 Sometimes, people surf the boards just for fun without the initial intention of doing shopping. Then they may see many inspiring and and irresistible products but don’t know how they can buy it and for how much. Pins with a price have a 36% higher chance of being liked, so include the price and if possible, the URLs of product pages in your pin content. Consider using Rich pins – Product pins to show real-time pricing, product details and how to buy the product to your customers.

#3. Pay attention to the time to pin

Social engagements need to happen at the right time. Facebookers, Tweeters and Pinners don’t have the same behaviors as well as the same time to engage in the social network they belong. Thus, that you’re having rich engagement on other social profiles because you post at the right time does not necessarily work for Pinterest.

Statistics shows that most pinners browse actively during 2 pm to 4 pm and 8 pm to 1 am, and the worst time to avoid pinning is from 5 pm to 7 pm. Furthermore, pinners’ interests are of specific topic on specific days. Pinterest posted on their blog the categories receiving most engagement on each day of a week:

So the best time time to pin will also depends on your business and audience. Start with testing different times to pin and the result numbers will tell you what time works best for your business.

Pinterest has just released the buyable pins in June 2015, which forever changes the way people do e-Commerce on Pinterest. 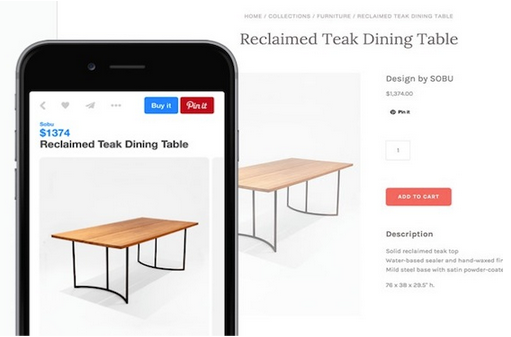 Before buyable pins, people search promoted pins to look for their desired products or find commercial information on rich pins. But now, buyable pins allow people to make immediate purchase of whatever they see with the “Buy it” button without leaving the platform.

The release of this brand new buyable pins feature makes Pinterest the perfect platform for impulse spending, since one third of Pinterest users do not plan buying items before they see the pictures on boards.

What we have to help you grow your audience on Pinterest?

People are moving to social media to shop, purchase and engage. Driving your customers to your social media is a smart way to communicate, care and retain them with your business. One effective way is to give website visitors incentives to follow store’s social profiles, like this discount code pop-up from Better Coupon Box – the No.1 marketing app on Shopify Appstore: 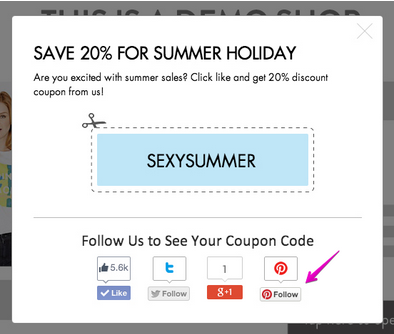 Good news for Shopify stores: Shopify and Pinterest have recently partnered to let customers buy products without leaving the Pinterest app. Shopify store owners can now apply to become the first merchants to sell on Pinterest with the buyable pins.

If you know how to do business on Pinterest the right way, you will find gold mine shortly. Let’s not overlook such a big chance to make tons of money, especially from pinners who are proved to have the biggest spending power in social eCommerce so far.

How to Spend Money on Marketing Campaign effectively for online stores