Flashback From Amazon Prime Day: Is It A #PrimeDayFail or Is It Not?

Last Friday, we released a follow-up article after the Amazon Prime Day ended with lots of controversies on social media. Talkwalker – a social data intelligence company has revealed some thrilling data about the impacts led by this event:

ChannelAdvisor also publishes that Amazon’s daily sales in the U.S. were boosting up around 80% before noon and Installations of the Prime App drove it from the number 21 position to number 5.

Do these numbers tell you something obvious? #AmazonPrimeNotFailAtAll.

Despite the negative tweets and shares, there are evidences that Amazon did make a great move to get their goal: boosting the Prime membership registration. Records in the e-Commerce world have been proving that Amazon never ceases to be ingenious and innovative in their way of marketing.

Let’s see what lessons can be driven from this interesting “fiasco” for small e-Commerce sellers to outperform your promotion/sales events.

What did Amazon aim by boldly annotating last Wednesday as the Prime Day? 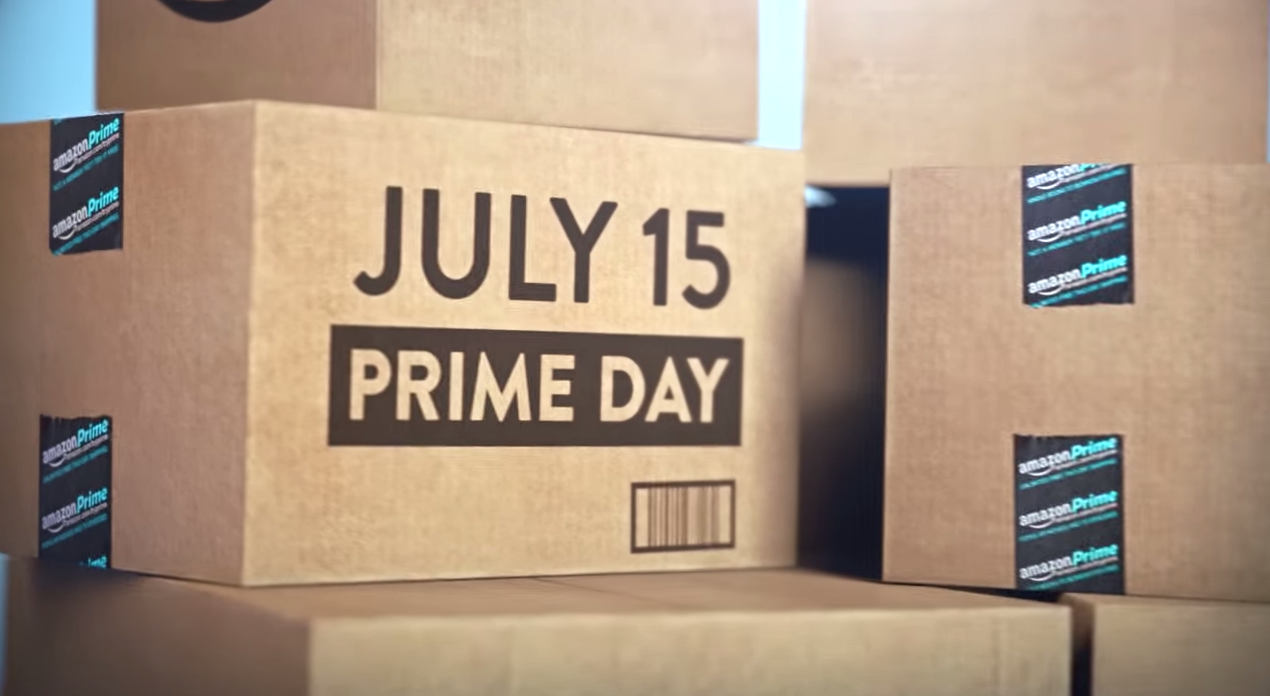 According to a recent report from Millward Brown Digital, the conversion rate of Amazon Prime members is 63%, five times higher than that of non-Prime shoppers. What’s more, a Prime member on average spends about $1,500 a year, which more than doubles the amount spent my non-Prime members annually, according to a survey from Consumer Intelligence Research Partners.

“Why run promotions? Why drop prices? One reason: customer acquisition. This is Amazon flexing its power. They’re willing to lose money now to acquire customers for the long-term,” said David Bozin, on-demand economy specialist and VP of growth development at point of sale startup Bindo.

Obviously, Amazon is aiming to broaden their Prime customer base. Prime was initially launched to target at “Whale buyers” who usually purchase a lot per one time in order to save shipping cost. With Prime’s key benefit of unlimited two-day shipping, Amazon is a top-of-mind choice to these customers. However, the “Whale Buyers” market has saturated with millions of membership (this number varies due to lack of official information from Amazon), counting up to about 30% of U.S online buyers approximately, according to Forbes. Amazon’s ambition now grows bigger when they want to become the first choice retail destination for a much wider audience. With the 30-day trial offer to get access to all perks of Prime membership, I would not be surprised if their number of Prime members ran up a few millions or more in that day.

#2 Set Your Goal, Focus On Your Target To Implement The Best Strategy

#AmazonPrimeFail has become one of the hottest hashtags following the event as Prime Members were in a rage with seemingly unrelated bundles. I don’t think Amazon was out of their mind flushing out those deals on no purpose.

Having 30% of U.S online shoppers as Prime members, Amazon now expands their market to capture more lower-volume customers, confirmed by the estimation from CIRP that in the first quarter of 2015 Prime members’ spending on average is $1,100 on a yearly basis.

They set it clear that the target of this event is to acquire shoppers who are non-prime members and purchase less frequently at lower volumes. Thus, their strategy went directly to this goal: a large number of their deals on Prime Day were to target on these newly acquired customers. This strategic move is a big threat for retail competitors like Walmart.com, Target.com and many other retail sites, because Amazon may now be top-of-mind for consumer of wide variety of purchase volume.

Before Prime Day, the news leaked out that there would be crazy deals with big discount drop starting from 0:00 of Prime Day. The lightning deals popped up unexpectedly at different times during the day and were gone in the blink of an eye. Even on the same items, the discounted price fluctuated by minutes, keeping shoppers stick to the site all day long to catch the best deals for their favourite stuffs. Millions of Prime shoppers had to stay up late to wait for the deals. 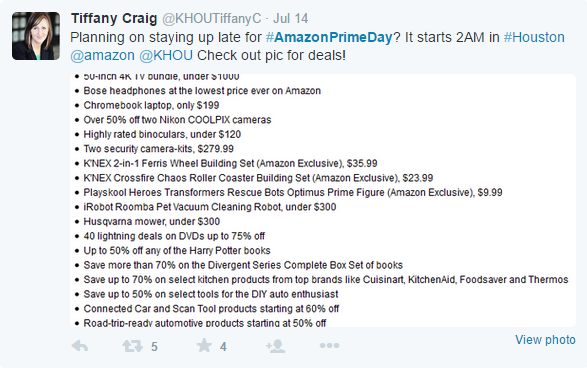 This tactic is clever in sales and promotion strategy, since not only does it make customer desire the products but it also increases the chance that they will buy more than their wish-list during the waiting time.

Offering big discount on a limited number of hot items for a short period of time is a great way to make your promotions tempting and attractive to customers. Think of other innovative ideas, but remember to not overdo them because sometimes lightning deals can drive your customers sane. (See Lesson #4 here)

#4 What Else Matters? Perfect Timing

Why Wednesday the 15th of July but not a common national holidays when people more tend to do shopping?

Amazon made a perfect timing for their event when the summer sales has just passed and there are currently no rivals around to cut off their sales. Had it been held around Christmas, Thanksgiving or Black Friday, the intense competition from all e-Commerce players would make its sales suffer a big loss.

It is not always good to go with the common norms. Be wise and strategic in timing your promotions.

Now, has it made more sense to you why Amazon ran a Prime Day like that? From objective perspectives, the numbers well present that Amazon blows the market up and wins their goal. Again, this is a great case study for both big competitors and small online sellers in the e-Commerce market to look up to and learn lessons from.

How to Turn a Seasonal Tradition into a Hot Holiday Product