Remember the time when you first started your online store, were you able to establish it all on your own or were there instances when you did not know what to do next and turn to the experts?

If you’re an ecommerce owner, starting or running your online store requires an extensive array of knowledge and sometimes you need a helping hand in order to know the answers to the most grueling situations.

If you do it all on your own, challenging decisions will be encountered and mistakes will be made. And so, you need to find the right people who can give you expert advices to avoid these headaches in the future and ultimately making your ecommerce business as profitable as possible.

Whether you’re a budding online retailer or an established ecommerce business, we have found the most sought after e-commerce influencers that you need to follow and invest your learnings with in order to gain measurable ecommerce insights and practical tips that will change the way you sell.

1 –  Casual eCommerce, your no nonsense advisor 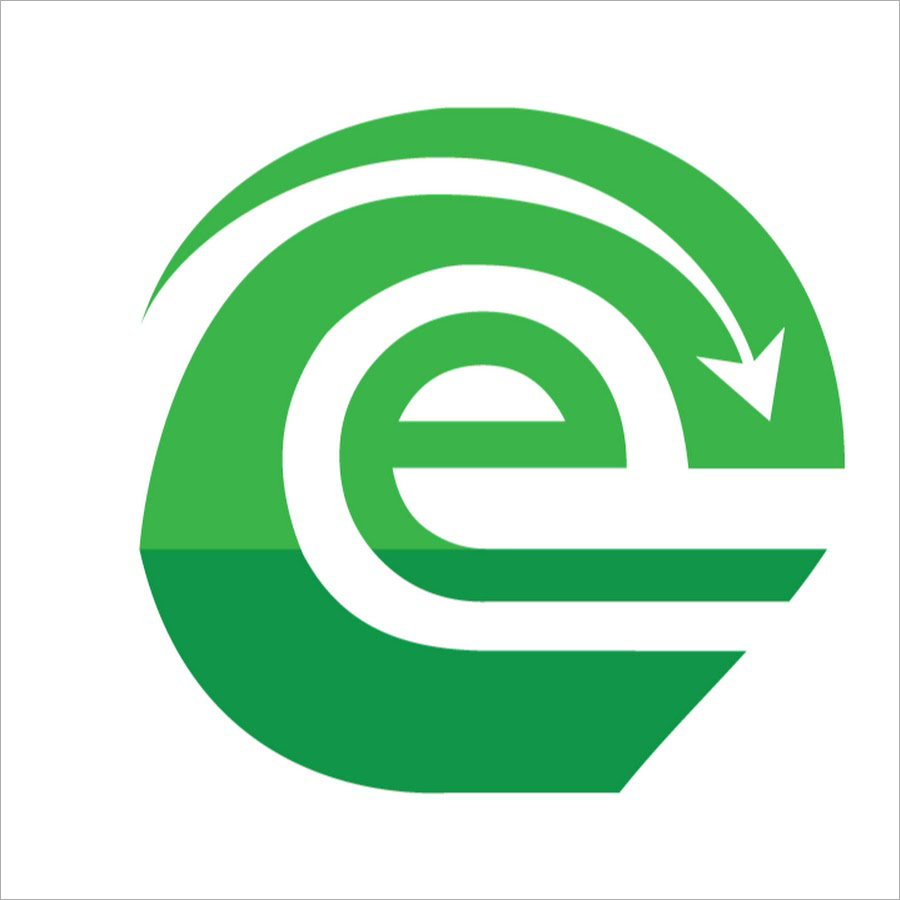 The backbone of Casual Ecommerce is very simple: no flowery, misleading or deceptive tips. It won’t lure you so they can gain more profits instead it’s the other way around. They want you to gain more with straightforward and easy to consume instructional to improve your success in online selling.

Casual Ecommerce boasts to curate only realistic steps and simplified approaches so you can sift through all the nonsense and useless ecommerce tips and tricks.

On its YouTube channel alone, you will learn how-to and step-by-step videos to guide and instruct you with your basic up to more advanced ecommerce needs. With just a year old, it already has more than 14,000 subscribers and nearing a collective 1 million views. 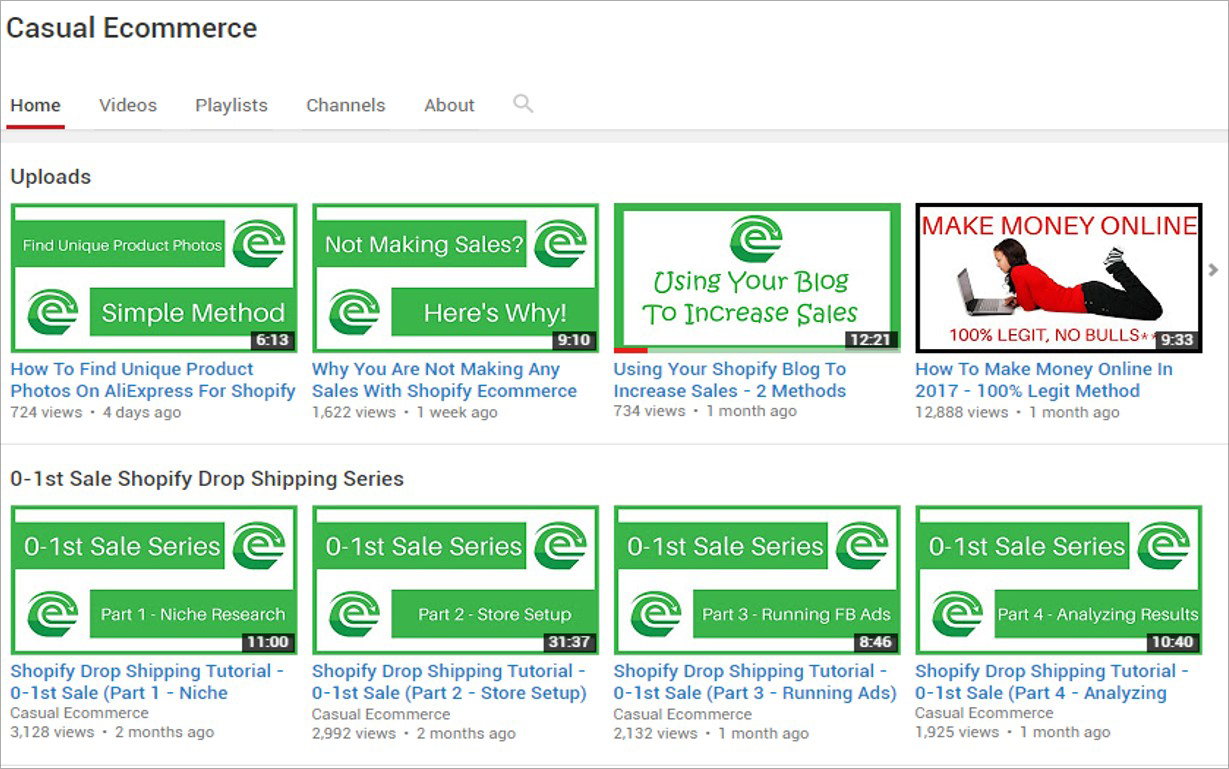 If you’re running an e-commerce site, one of the most worth-watching videos they made for you is Reviews of Best Shopify Apps to Help Boost Sales With A Few Clicks. 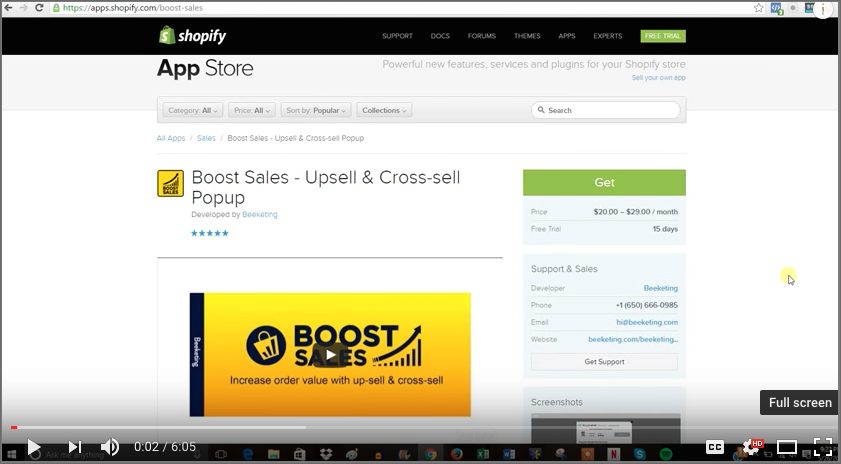 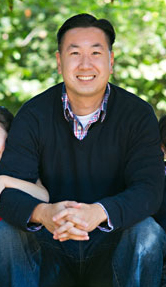 Have you heard of the saying that if you want to become rich and successful, do not be someone else’s boss but be your own boss? It’s the exact reason why Steve Chou and his wife quit their 10-hour jobs and start their own business, Bumblebee Linens. Their online store generated more than $100,000 sales just in their first year and has been growing ever since.

Despite his bachelor’s and master’s degree in electrical engineering from Standford University, he never turned away from his passion in entrepreneurship and now actively shares his valuable first-hand experiences with MyWifeQuitHerJob.com, a top 100 small businesses blog.

With his site’s more than 200,000 monthly readers, he achieved a very inspiring milestone last year when My Wife Quit Her Job hit more than 1 million dollars. He also started his successful e-commerce course, Profitable Online Store, with more than 2000 students to help budding and senior ecommerce owners to grow their businesses.

Nothing beats first-hand experience, learn more about Steve Chou by visiting his trusted ecommerce blog MyWifeQuitHerJob.com or follow him on Twitter. 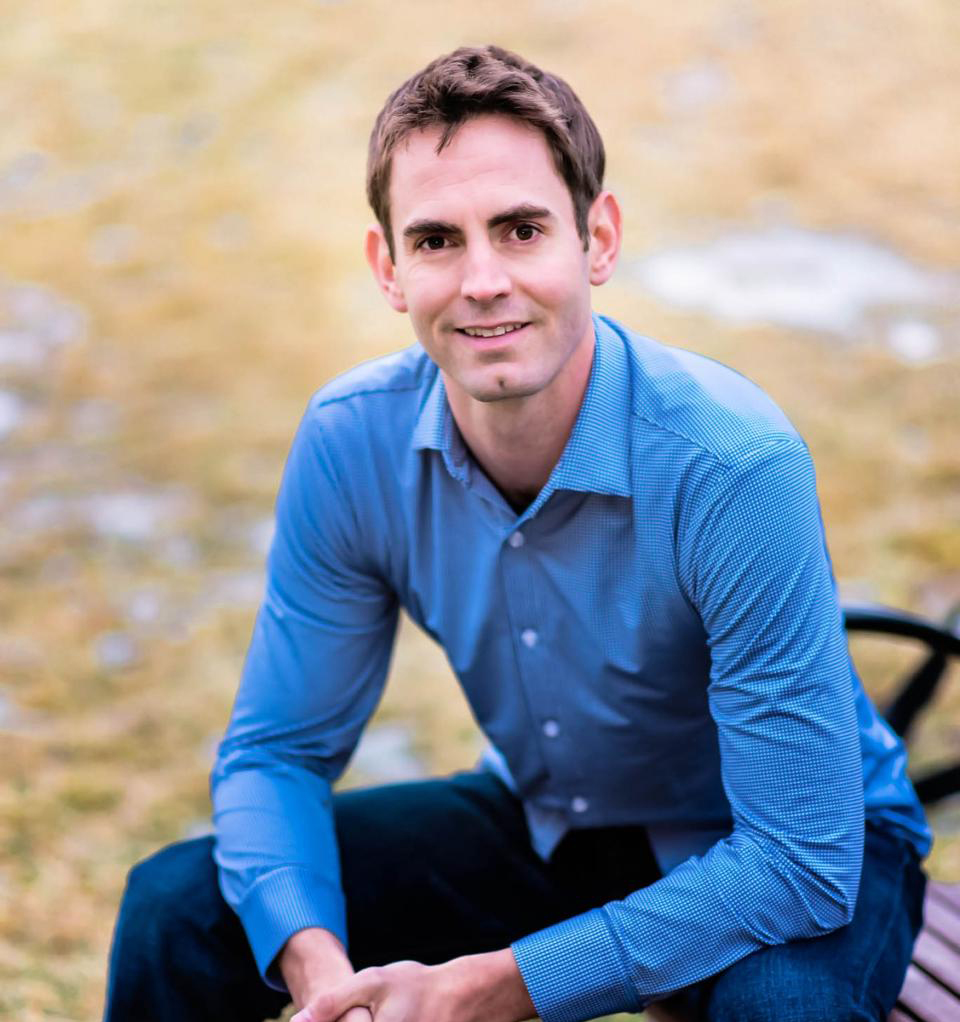 A former investment banker, Andrew Youderian quit his job as an analyst in 2012 to start his ecommerce store, Right Channel Radios, which now produces more than $1 million in annual revenue.

In 2012, he felt the need to start a community of ecommerce store owners because he realized that there was lack of support groups dedicated to help ecommerce startups to direct them to the rightful information in scaling up their revenue. Thus, the birth of eCommerce Fuel.

eCommerce Fuel is a private community for six and seven figure store owners. The first step to join this application only community is for your store to generate at least $250,000 in revenue. Then, you will have an access to a directory of the most vetted contractors and ecommerce masterminds. 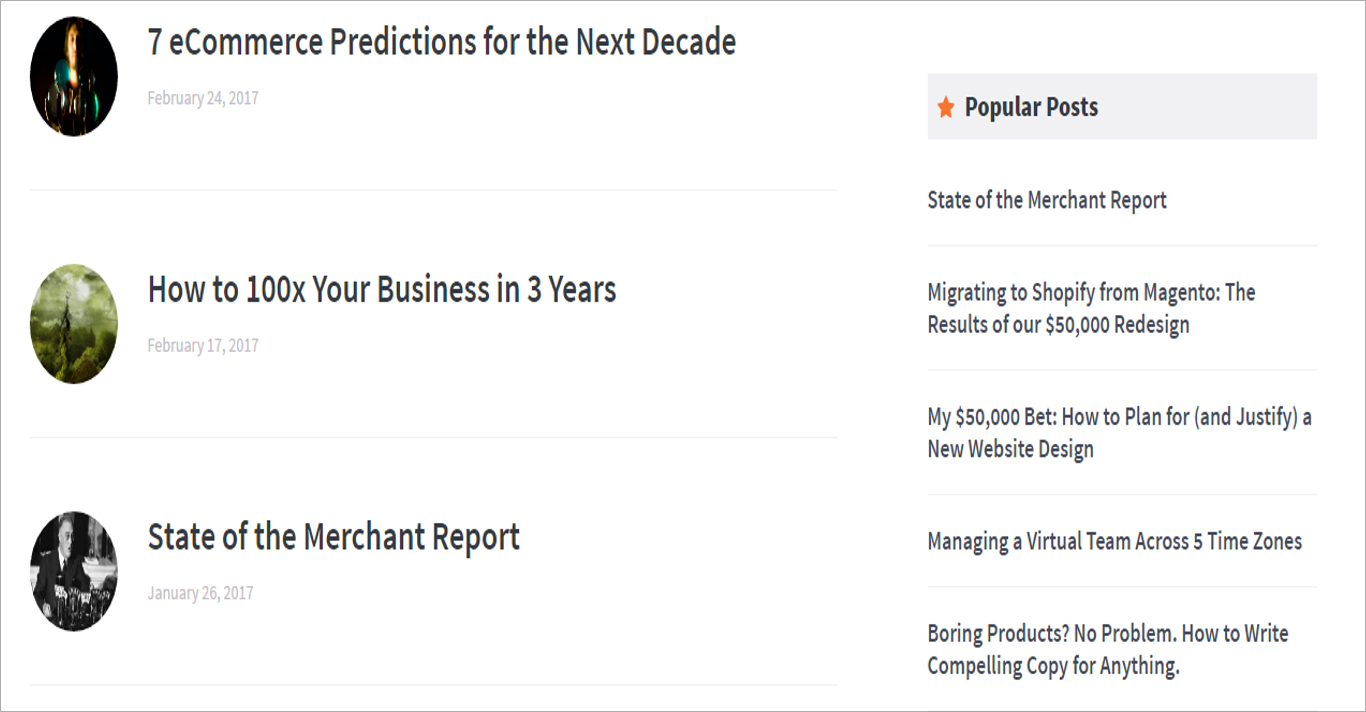 The community also boasts a forum comprised of more than 700 members who are highly experienced and top of the class in terms of ecommerce best practices and up-to-date techniques.

Learn more on how to achieve your six and seven figures by joining eCommerceFuel.com or following Andrew Youderian on Twitter or Facebook. 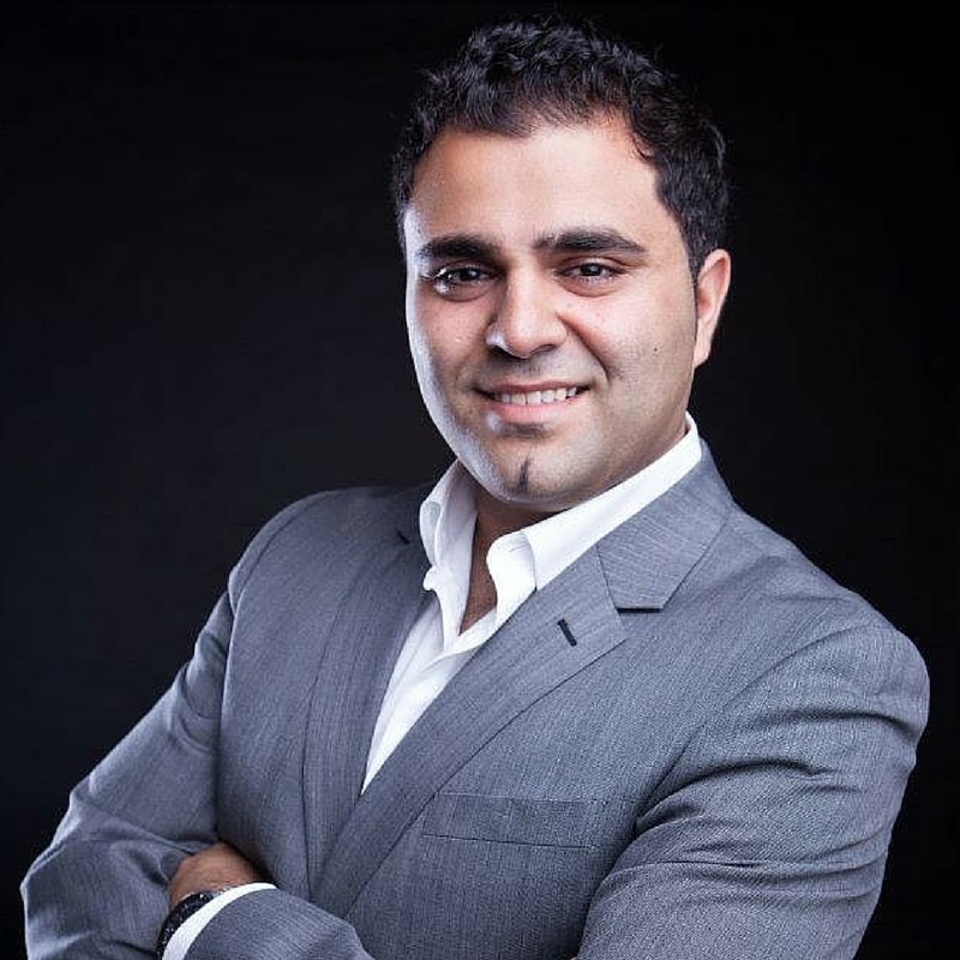 With more than 16 years of eCommerce experience, Alaa Hassan has helped various online retailers with a collective of $95 million sales.

A chunk of his experience was when his stint a Director of eCommerce and Digital Marketing for iNetVideo.com in which he helped it grew to almost $20 million in yearly sales. His expertise made the company achieve the Top 500 Internet Retailers.

He founded eCommerce Training Academy because of his passion to share and coach online retail owners of the most effective and efficient strategies that will drive focus, ROI, traffic, conversions, and profit to their online stores. Since then he was awarded by Channel Advisor  “one the most knowledgeable e-Commerce experts in the industry”. 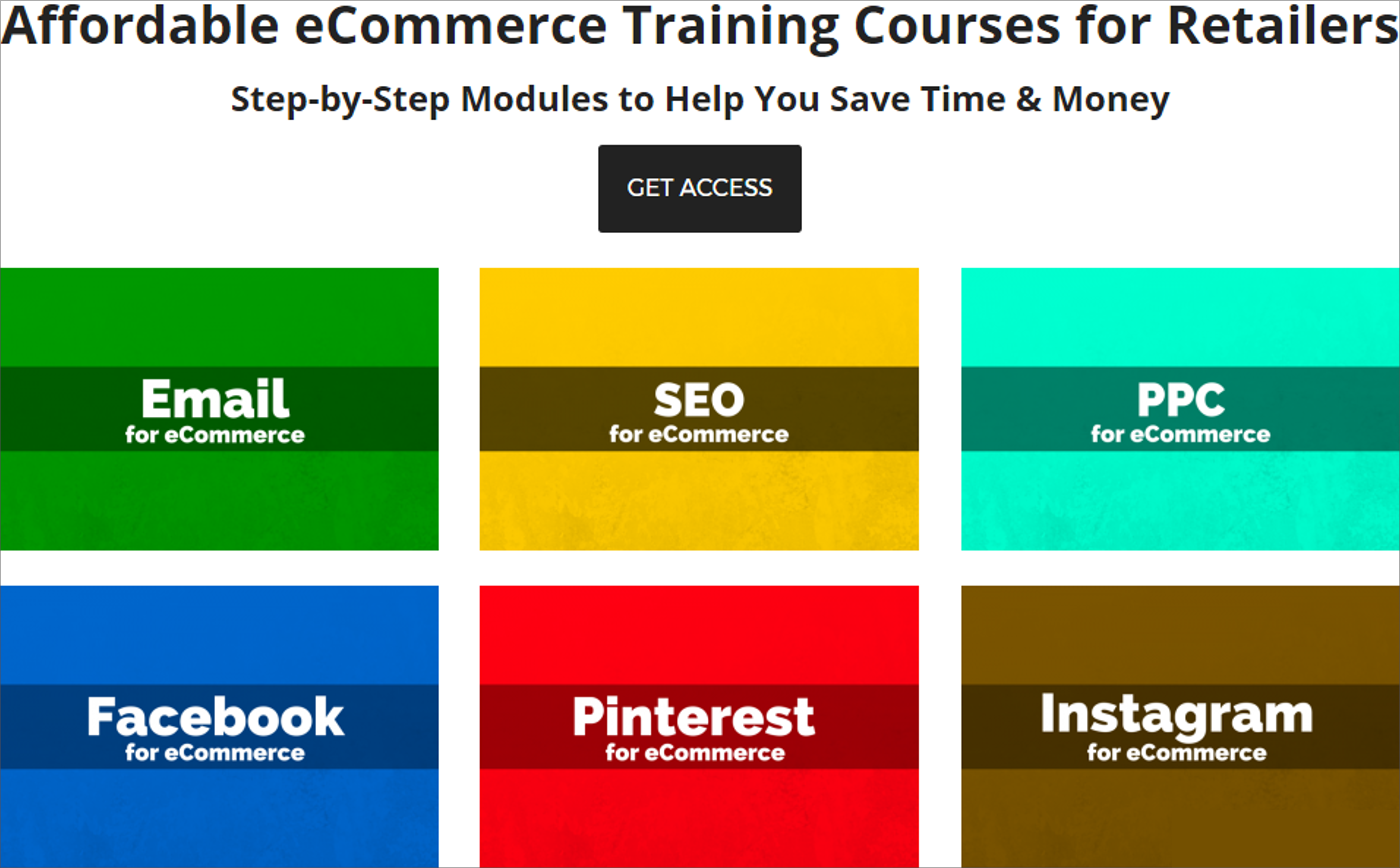 He designed easy to follow and affordable courses that can be accessed 24/7 online with any device to help online retailers manage their own time and learn at their own pace.

Get in touch with the most enduring ecommerce coach by contacting EcommerceTrainingAcademy.com or following Alaa Hassan on Twitter or Facebook.

5 –  Steve Hutt, one of the most followed influencers 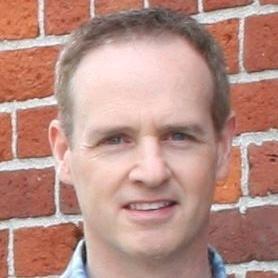 With more than 40,000 twitter followers, Steve Hutt is the one of the most popular influencers there is. His extensive 16 years of helping, building and growing eCommerce companies to scale as huge as seven and eight figures is unprecedented.

He founded Ecommerce Fastlane to share the strategies and best practices on how he achieved his $50,000,000 sales with his first ecommerce business back in 2000. 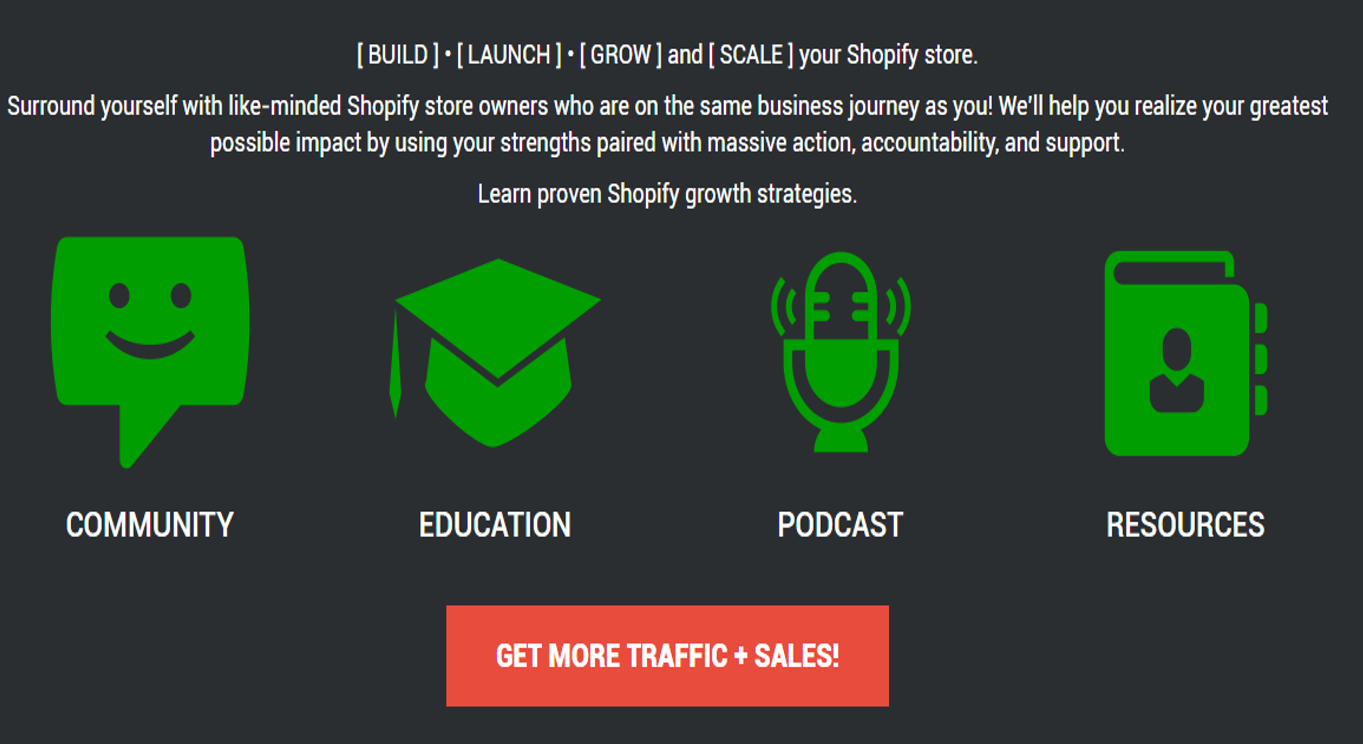 His goal with Ecommerce Fastlane is to provide realistic techniques from his ups and downs as an ecommerce store founder that other online store owners could learn from. He  aims to help other online retailers to avoid the pitfalls and fast-track the success of running an ecommerce business.

Learn from our E-commerce Industry Leaders

Wherever you are around the world, whatever online business you undertake, either you’re a startup owner or an established ecommerce merchant, obtaining more ways to understand the ecommerce world and securing solid advices from our most trusted global ecommerce influencers to overcome obstacles, avoid pitfalls, and ultimately be more profitable as ever.

5 Ways to Reduce Your Unsubscribe Rate To 1% or Less

Chapter 9: How to use eCommerce analytics to grow your online business